There are introverts and extroverts in the world with everyone falling somewhere along this spectrum. You get your basic makeup from your hereditary that is passed down through your genes. While the way that you choose to interact with the environment has a lot to do with the way that you were raised along with conscious decisions you make each day, if you are an extrovert, then your genes make you ready to go party with a bunch of your friends.

What is an Extrovert?

All extroverts exhibit some common personality traits. They are the child who the teacher was constantly moving in school because extroverts love to talk. They find it easy to solve problems by having frank and open discussions, however, they will talk about anything. They often will spend hours talking on the phone. They love to socialize and often love going to parties where they are often the center of attention.

Scientists believe that each person has 60 neurotransmitters that are chemicals determining how you act. While each person’s makeup is as unique as their fingerprint, researchers believe that chemicals cause the way that you act in many different situations.

They also believe that the exact amount of each of these chemicals found in your body is determined by your genetic makeup. If you are interested in knowing if genetics plays an important role in making you an extrovert, then get DNA testing. It can show you if you naturally have the genes to be an extrovert.

The Role of Dopamine

Using imagery, researchers found that people with high levels of dopamine in their bodies found it easier to predict how others were going to react because the striatum part of their brain worked faster. Furthermore, people with a high level of dopamine in their bodies showed more activity in the prefrontal cortex area of their brain making it easier for these people to predict the behavior of a group. Finally, people with a high level of dopamine exhibited more activity in the limbic system making it easier for them to control their emotions.

Just like carrying a cancer-causing gene does not necessarily mean that you will get cancer, people who have the gene causing a higher level of dopamine in their bodies do not necessarily exhibit traits of being extroverts. They may have been taught by their environment starting at birth that talking to everyone is not a good thing. In fact, scientists believe that up to 42 percent of the way that a person behaves is caused by their environment.

What You Can Do

While you will have to work harder than the extrovert, there are ways that you can make yourself more extroverted. Start going to parties and other events where extroverts congregate and talking to people. You can learn the social skills that seem to come naturally to extroverts. 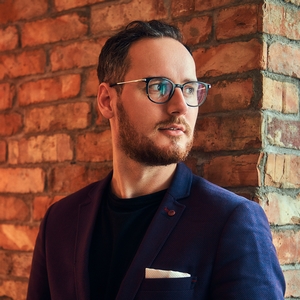